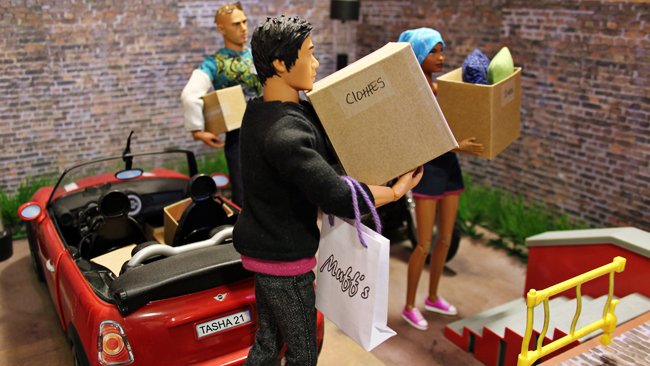 When I decided to do a moving scene with my diorama, that meant I needed some boxes. I had to open up a real box to figure out how to make some, but luckily I chose a simple box to mimic. 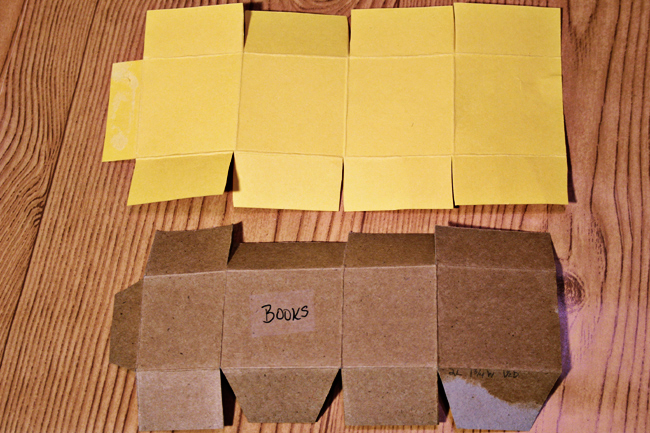 I tried some with file folders, of course, and I made a few with a express mail envelop turned inside out.  That doesn't look so hot on the inside though. In the end I used the bottom of a stationary box to finish the rest of them. Once I got the hang of it, I thought, "Hey, I could make some bags with this same pattern." So I did. ^_^ 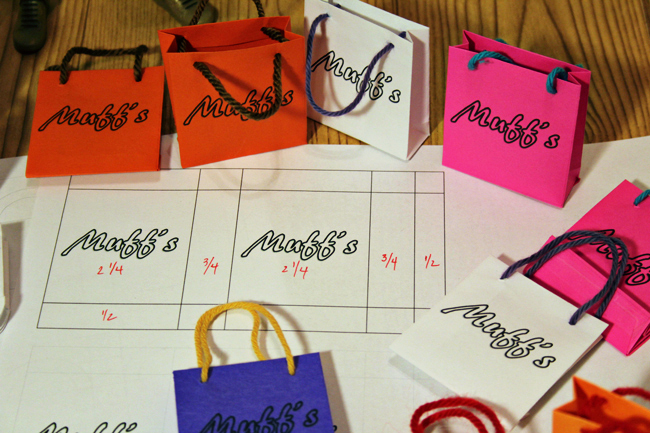 I have seen lots of dollie bags that are brand name, but my dolls cant afford to shop at those places. Using Word I created a table and inputted the row/column widths noted. In the final printing, my cutting and folding lines were light grey, not black. I don't know what they sell at Muff's, but they sure got some colorful bags. 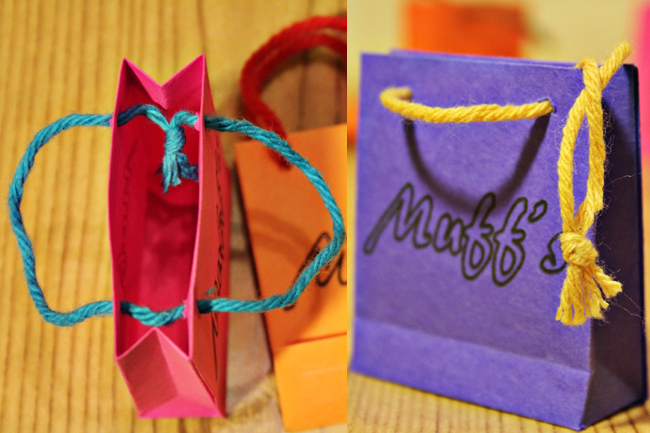 Hemp rope would have probably been swankier, but yarn works just as well. I only used a single knot to tie off the yarn.  That way, my handles will always be even because uneven handles would make me batty(ier). 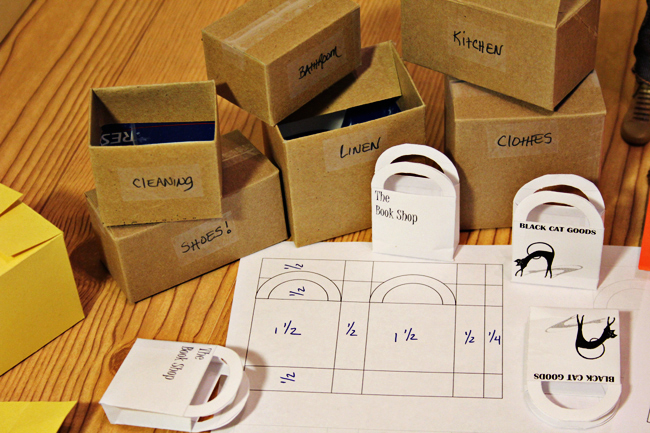 I also tried some smaller ones with premade handles. They could probably stand to be wider at the sides, but for a first try, they turned out okay. 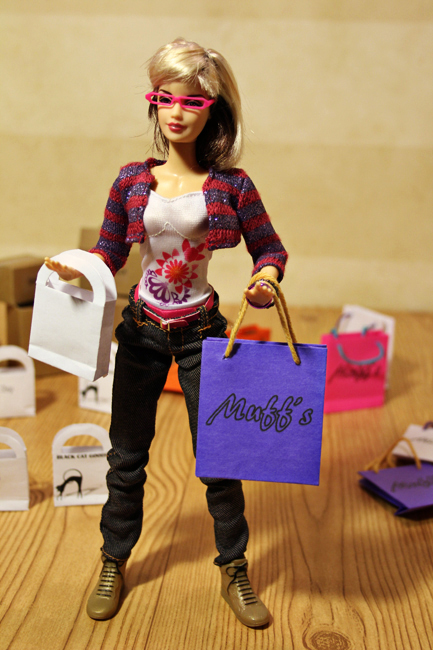 Scale model says, "I wish there was something in these bags."
Posted by Muff at 1:00 AM