If anyone is familiar with Apple products you probably noticed that my last video was made with iMovie. My old phone started messing up and I had to get a new one and it came with the iMovie app. It's a lot different than Windows Movie Maker and the title options are limited but it is so neat to be able to edit movies on my phone. I also discovered another app called Stop Motion Studio and it lets you make stop motion movies on your phone as well!

Here are my attempts in a very short video:

I probably wont do much with stop motion because it took 450 photos to make a 15 second clip. I just don't have that kind of time, lol. It was fun to try though because it really is fascinating to see dolls in motion. 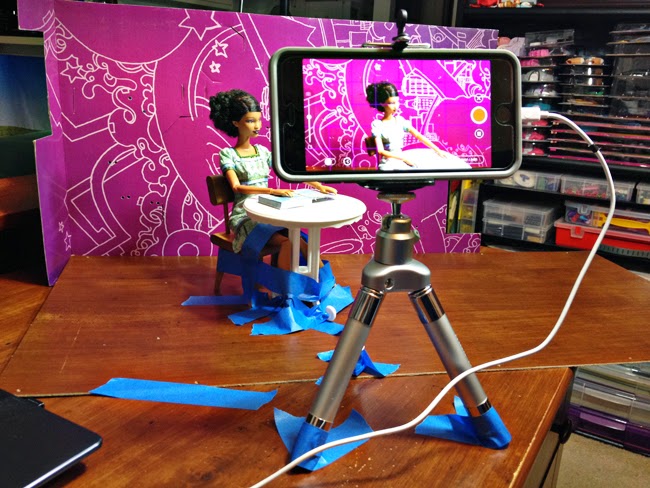 A behind the scenes pic of my last attempt


Thanks for watching!
Posted by Muff at 2:33 AM