A Tale of Two Biebers

Although Bieber dolls have some great play quality male fashions and accessories, I've never thought much of the bodies.  The older versions have twist-n-turn necks and although newer ones have pivotal necks their range of motion is quite limited and no versions have articulated wrists.  Because of this, I chuck the bodies into the spare parts box, never to be seen again.  However, I dug two out as inking test subjects.  Here they be! 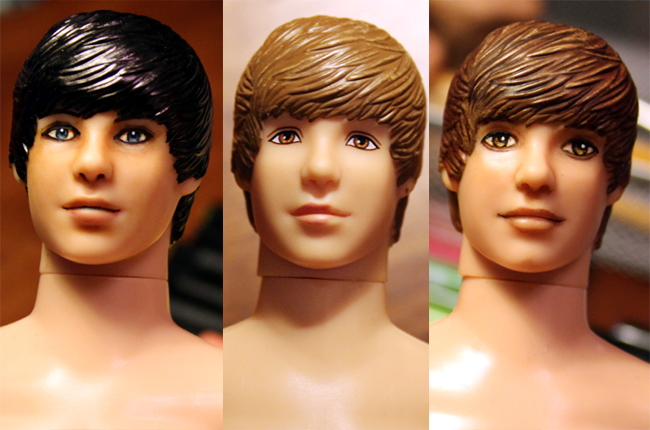 Bieber heads are much harder and less porous than Barbie's so the ink lays on the surface of the face differently.  The ink is more likely to lift off which can be good or bad depending on your application.  Also, because the face is so hard it's more prone to abrasions or stains from overuse, unlike a Barbie.  In the end, it's really about the quality of your workmanship and skill set.  Mine are a little on the wobbly side, so I do what I can. 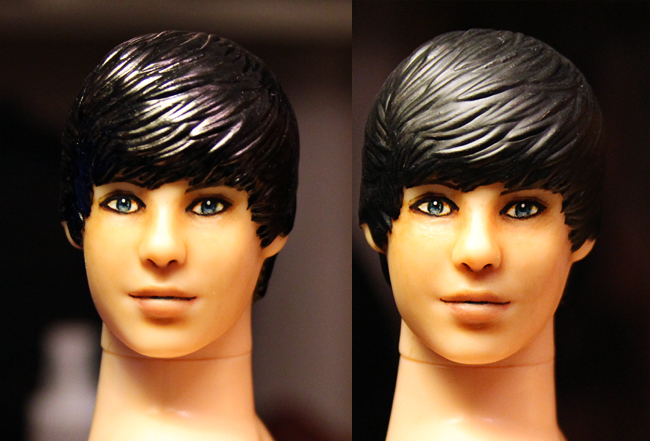 For large surfaces of black I always use a Avery Marks-A-Lot permanent marker. I've been using the same one for 15 years so they've got some staying power.  I would not use marker as part of the face paint (!), just for molded hair and you have to seal it down.  If you want it to retain its original shininess, you have to put gloss varnish on it.  If you want to dull it down, put matte.

Matte varnish will effect the sheen of a magic marker, but it will not make a noticeable change to your artist pens - if it does, you aren't using acid free, ph neutral inks or a quality varnish.  His entire head has been matte varnished and there is no change to his face ink.  If you want wet eyes or shiny lips then add satin varnish to these areas.

Black haired Marcus is being given away. If you've already commented then you are in the running to get him.  If anyone else is interested just say you want Marcus and I'll add you to the list.  I'll pick a random person on Saturday and get him out in the mail to you on Tuesday, 2/19/13.

Disclaimer:  He's got a wonky eye 'cause one is bigger than the other and he has sloppy sealing streaks from where I fought with a string of dust while applying the varnish - and lost. But hey, it's a free doll, so you get what you get.  He will be nude with no accessories but you will get the body.

Since I never played with the Biebers before I took some scale shots to see how they compare height wise to other dolls: 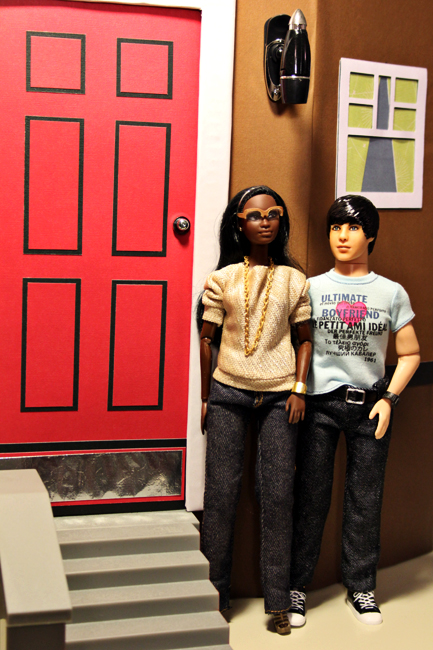 Shorter than a Barbie SIS body 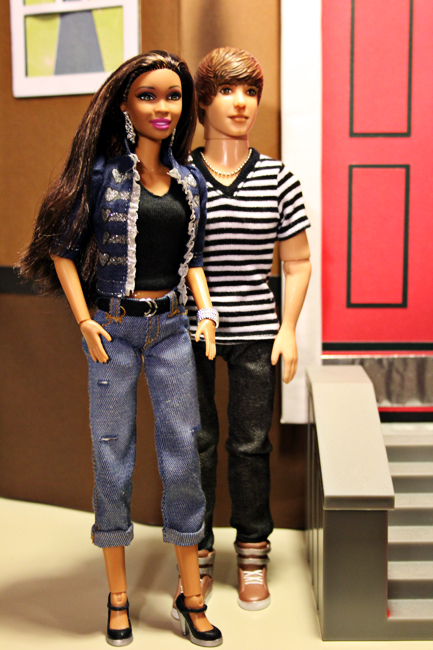 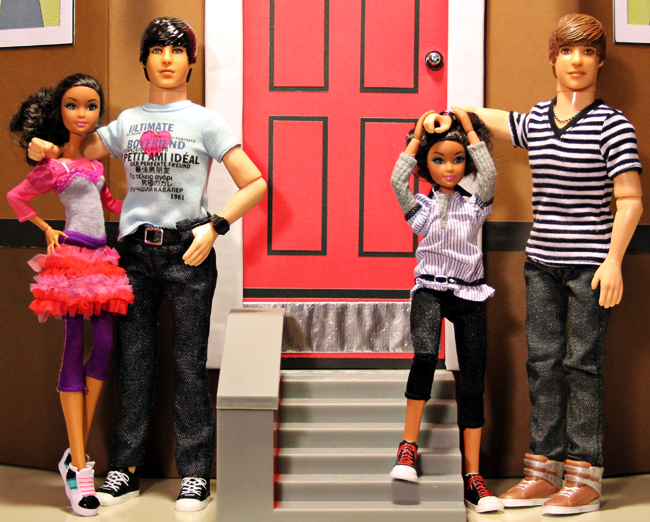 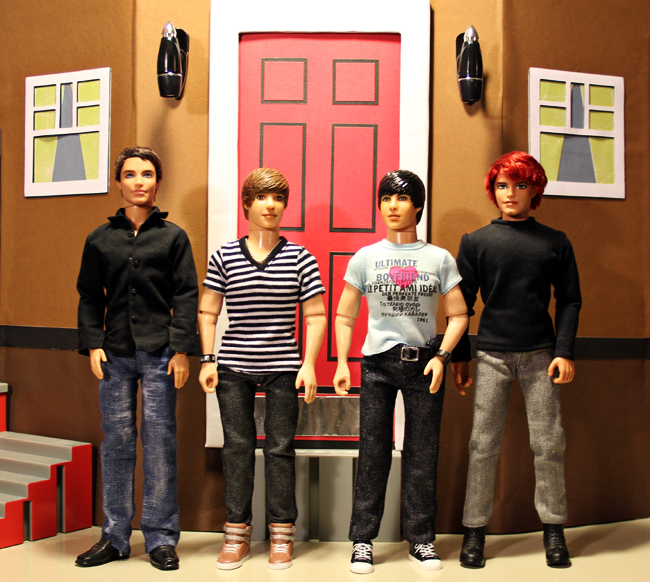 To address some inking and longevity concerns:


And on that note, please don't be discouraged from trying different mediums and letting your creativity flow where it will.  If it doesn't work, okay, at least you made the effort.  But if it does, props to you!