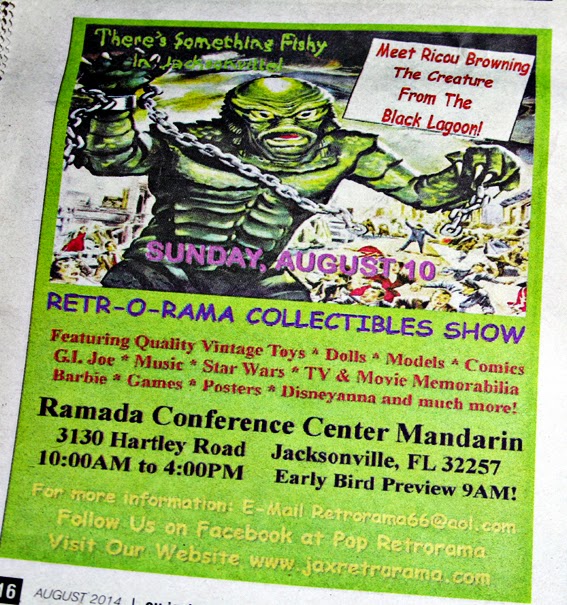 Last weekend I attended the Retr-O-Rama show that was held in the same venue as Knight's Doll and Bear Show. I'm a big fan of old movies, anime and sci fi, so that was the main draw for me going to this. I actually didn't take much money with me because I'm saving up to attend the Knight's show in November. 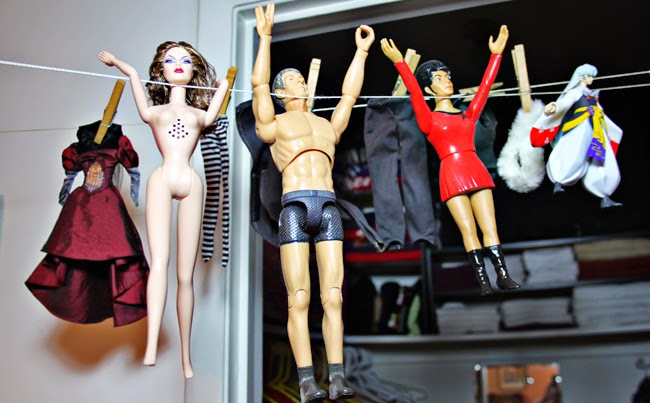 I only bought 4 things and here they be freshly washed and drying off. 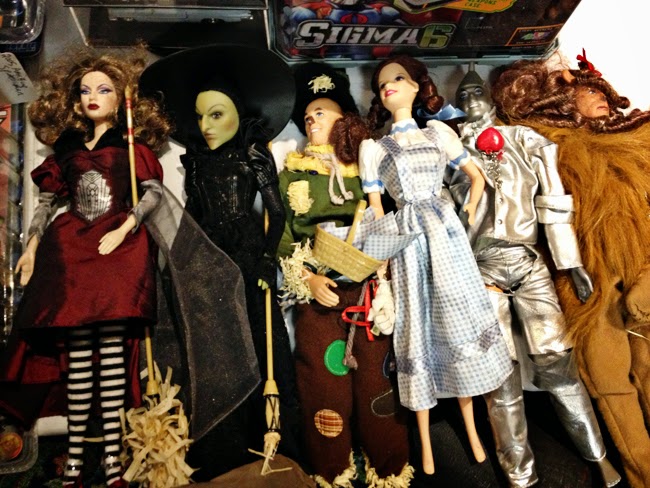 A vendor wanted $80 for this entire set, which is a very good deal. However, I only wanted the Wicked Witch of the East doll and I didn't have $80 anyway. I also already have that Dorothy because I found her at the thrift store. I circled by his booth a couple of times and finally he said I could have just the Witch for $40. I didn't have $40 either, lol. So for the first time I let my mom buy me something because I REALLY wanted her. 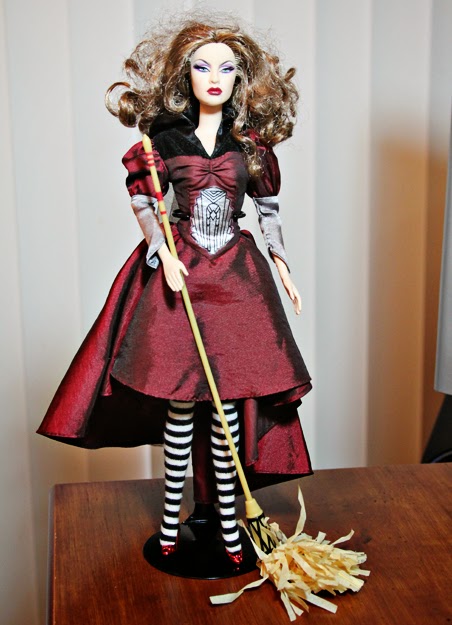 Here she is prewashing in case I totally ruined her outfit by soaping it. From pictures I've found online, it looks like she's only missing her hat. Those shoes are only on her feet because there are plastic ties around them. Once removed, they don't fit over the stockings, nor do they fit over her naked feet either. 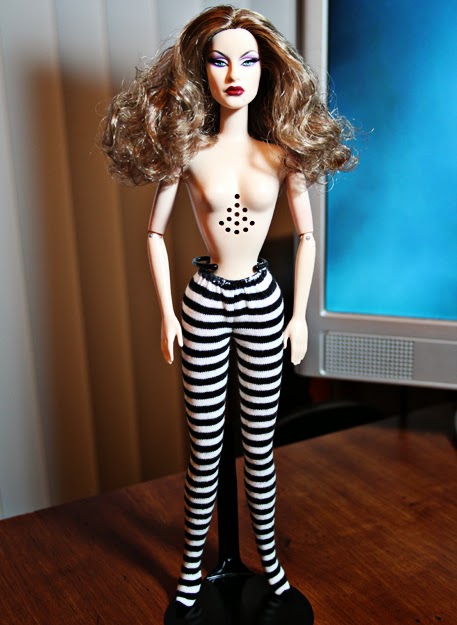 Her stockings are stained from the dress in the back, but it's not too bad. When you push a button in her back she plays Ding Dong The Witch is Dead. She only has click knees, but they hold their position pretty well. 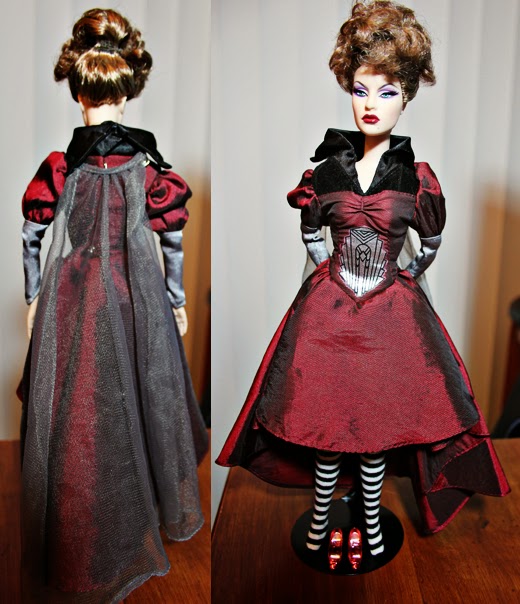 Her outfit survived the cleaning. That emblem on her tummy is peeling off so eventually I may need to apply some fabric glue to it. I like the clothing a lot. She looks like a harsh head mistress from the 1800's. 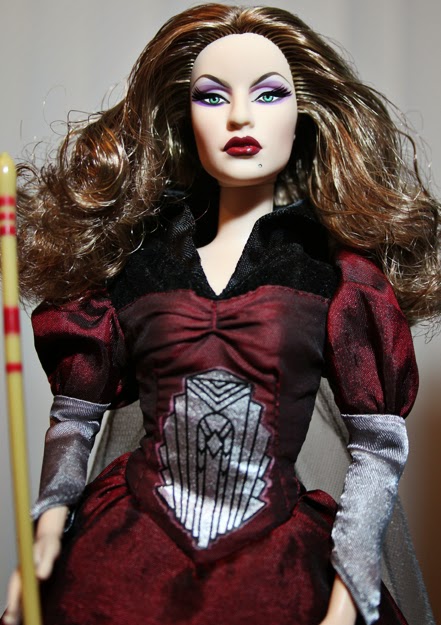 Her facial screening is glorious. I don't want to offend any Fashion Royalty folks, but she really gives me an FR vibe, albeit a poor man's version. 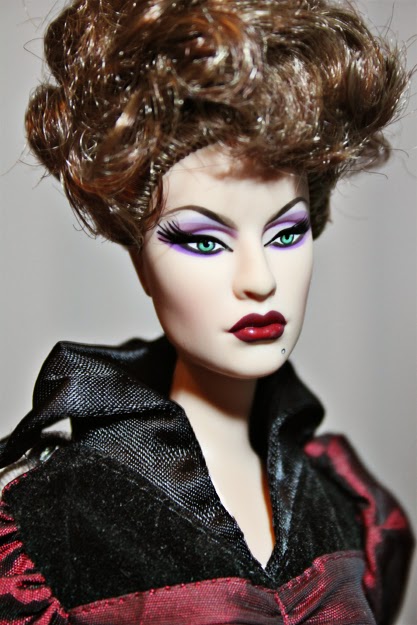 I hope I can find a pale articulated body that will suit her.. and all the other pale heads I have. The Liv Sophie is the right body shade, but I want a more mature body than that. I was hoping Fashionista Raquelle would work, but she's too pink. Does anyone know if the Barbie Frank Sinatra or Elvis dolls are pale toned? 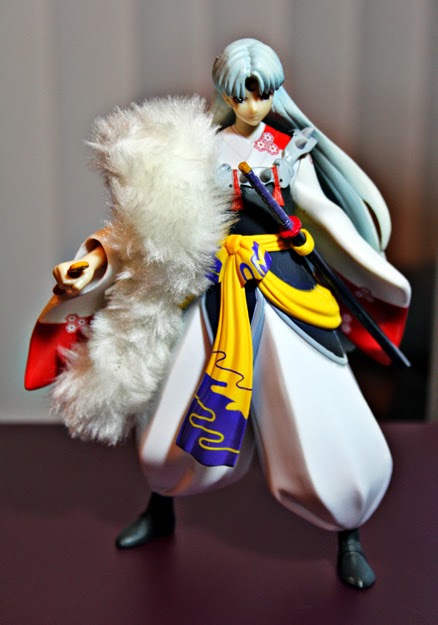 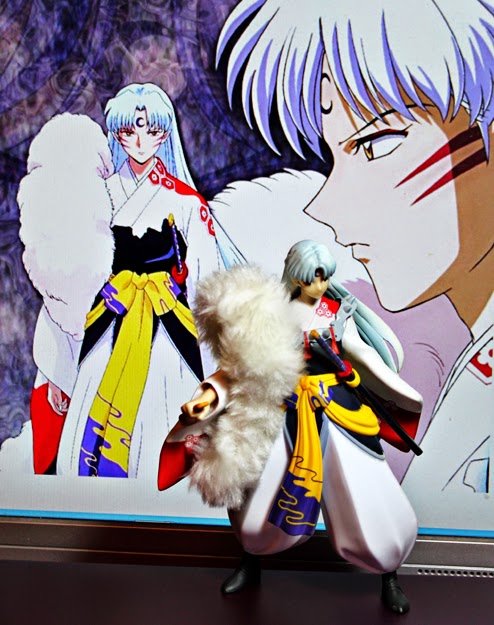 I also picked up a 1:12 Sesshomaru figure from the Inuyasha anime for only $5. He's a very good likeness to his character. He's not very articulated, but no matter. He's just supposed to stand there and look pretty. 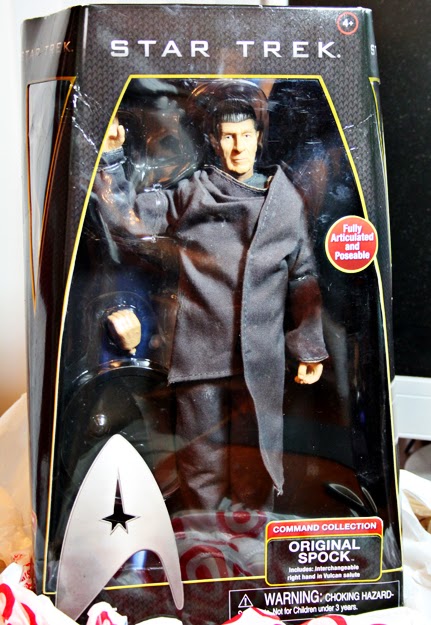 Mr. Spock for $20. He's from the same line my Sulu is from. Even though the vendor swore he was new in box and based on the tape, he probably was, but he was covered in fuzz, or mold or webbing or something. This was the first time I had to wash a doll that was in a box. I also sprayed the box with bug spray in case a spider was living in there. 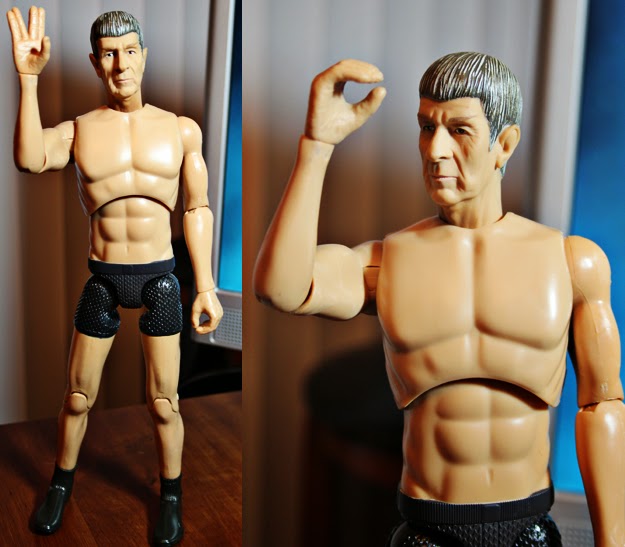 He comes with two right hands and his "shoes as feet" are much better than that of Sulu who comes with boots. With minimal effort you can get his feet off, but I wouldn't make a habit of it. 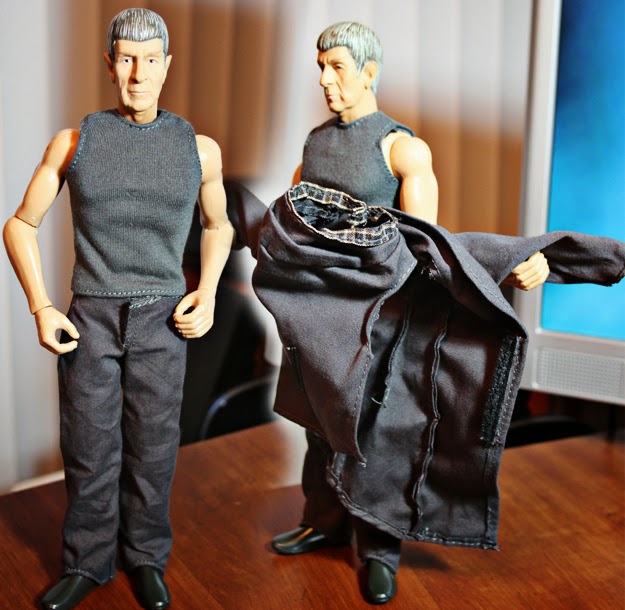 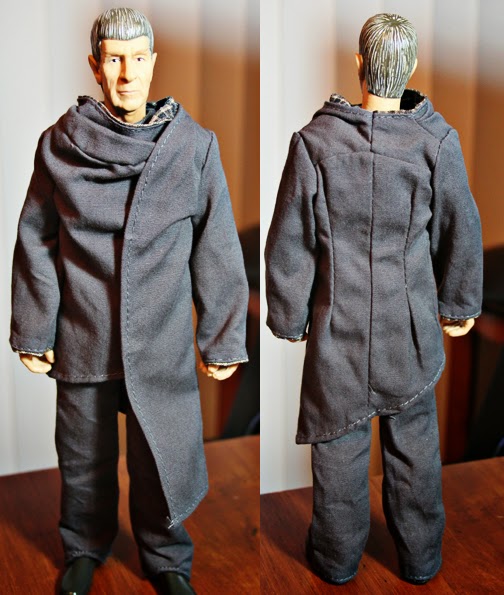 The bottom of his pants are shaped so that it's actually easy to get them over his feet. His jacket is very detailed and is one piece sewn together at the shoulder. 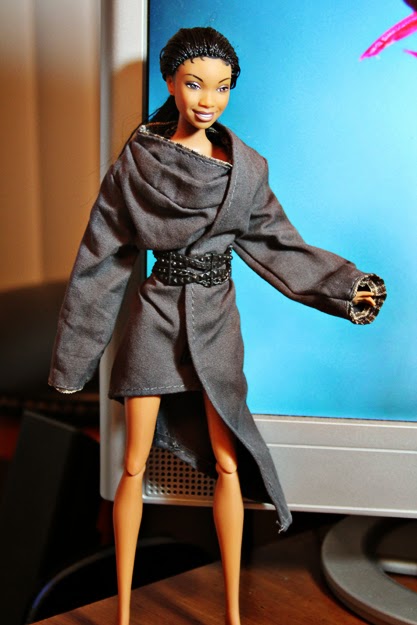 I wanted to see if the jacket could be an asymmetrical dress for the ladies. You'd have to modify the sleeves and take in some of the bodice, but I don't want to do all that, so never mind. 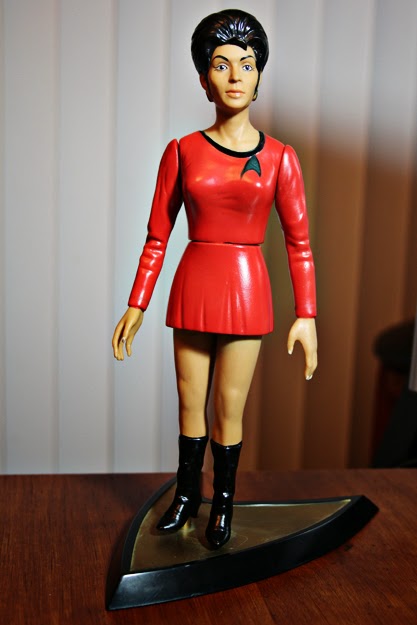 Lieutenant Uhura for $10! Okay, not a very good likeness to Nichelle Nichols and not really a doll, but I still thought she was super cool. She's only articulated at the waist and shoulders. Her arms seem exceptionally long and her legs very short. But I dunno, I found her quite appealing. 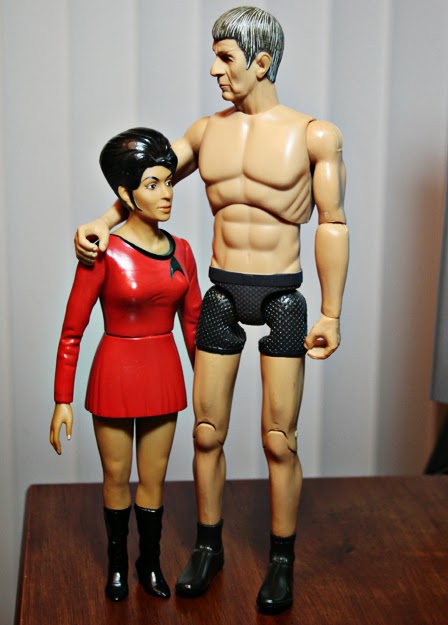 She's only 9.5 inches compared to Spock's 12 inches. And no, I don't ship these two. I did not see the first newer version of Star Trek but I saw the second one and I don't like them as a couple at all. They turned Uhura's character into some whiney, clingy girlfriend who's more focused on her boyfriend than doing her job. Bleh. 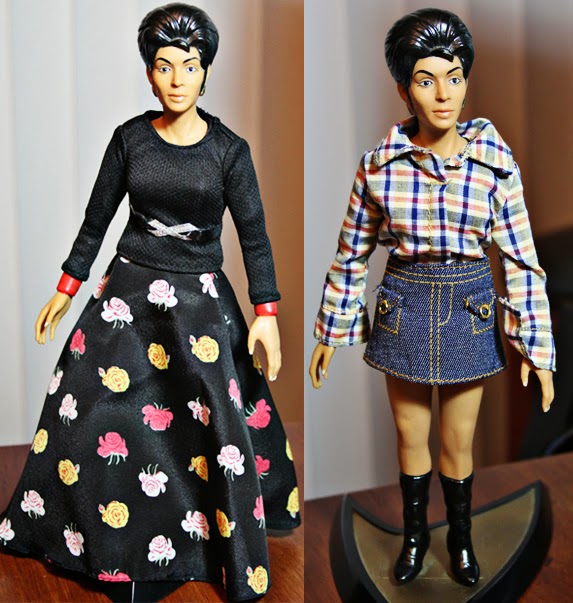 Just because she's an "action figure" doesn't mean I cant dress her up, lol! So far I've found two outfits she can wear. She'll always have to wear skirts, but she's got the legs for 'em. ^_^

The rest of these photos are just general ones showing the venue, some items and a few of the people who came in costume. 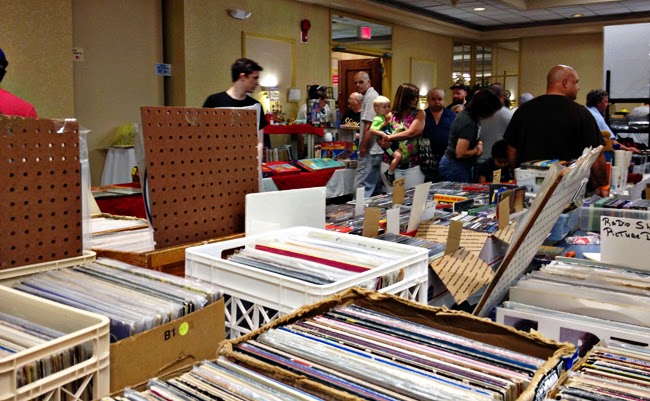 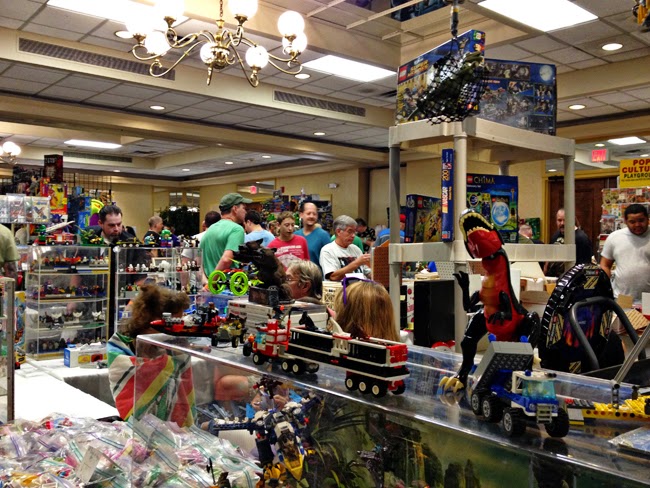 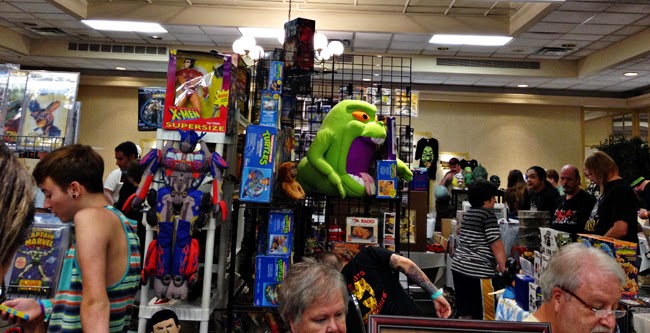 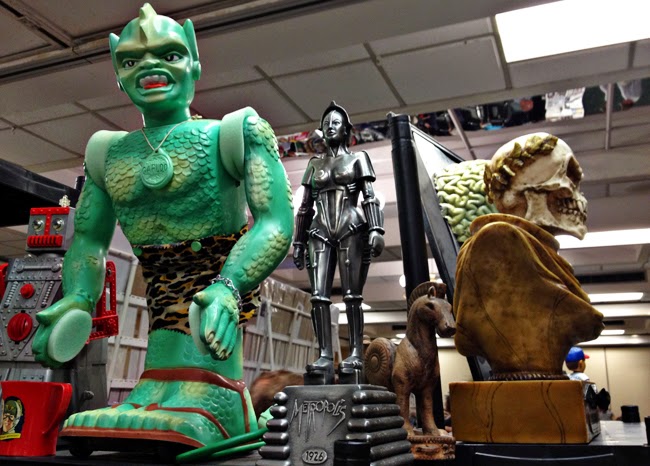 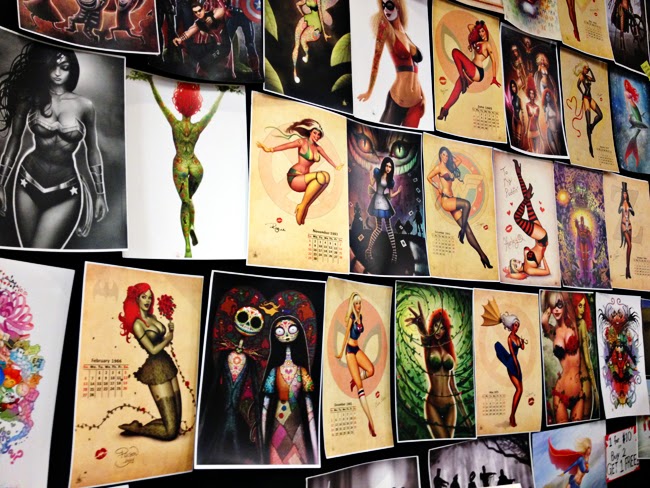 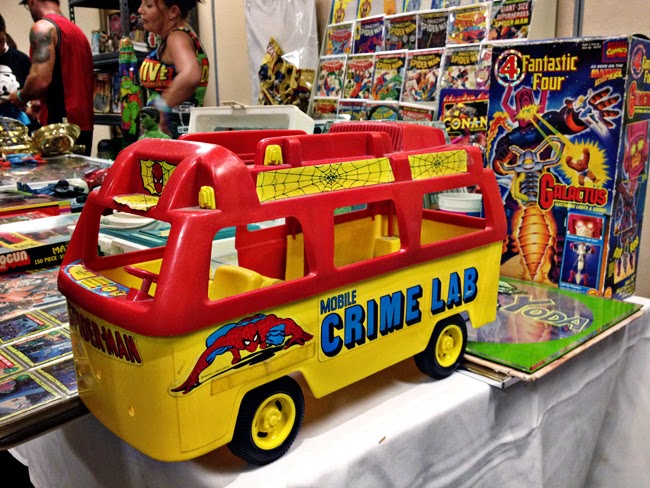 I never knew Spiderman had... or needed a crime lab 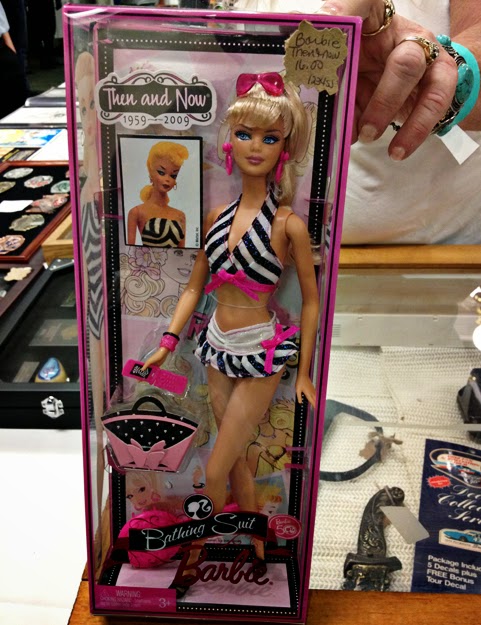 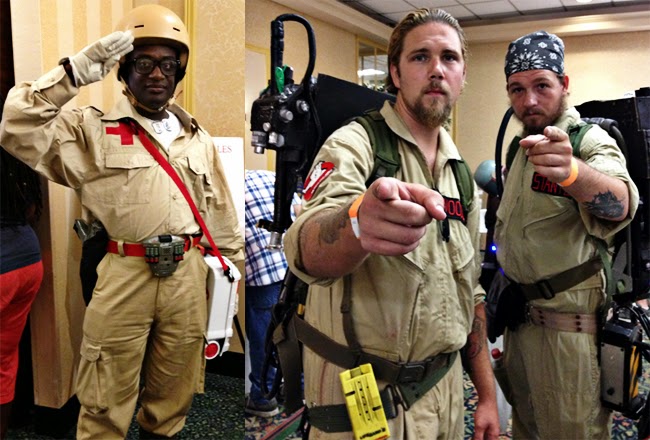 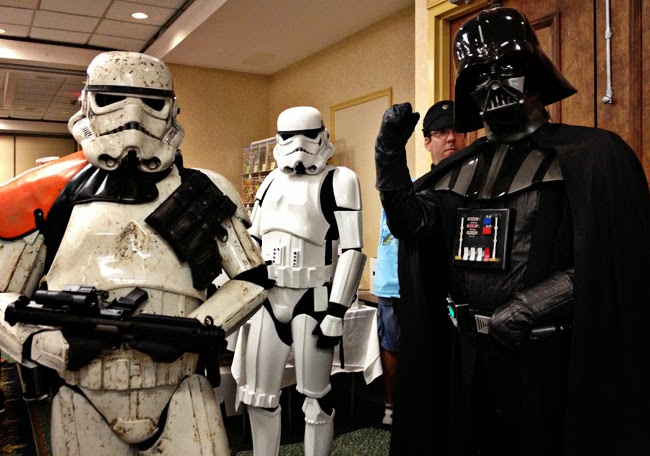 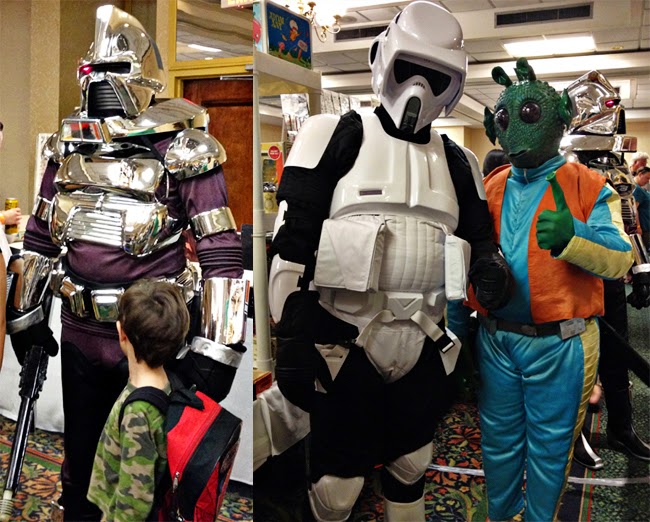