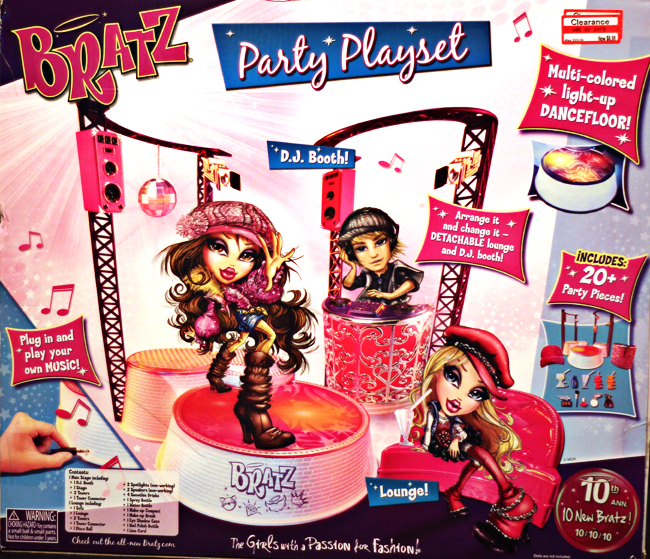 This was my awesome purchase from Target on clearance for $8.98, originally priced $29.99.  As of today, they still have some left if anyone wants to party out.  I love it!  I'm not a diorama person (yet) but I think this set would be great for a nightclub scene.  The only thing I intend to change is to remove the Bratz lettering on the front. 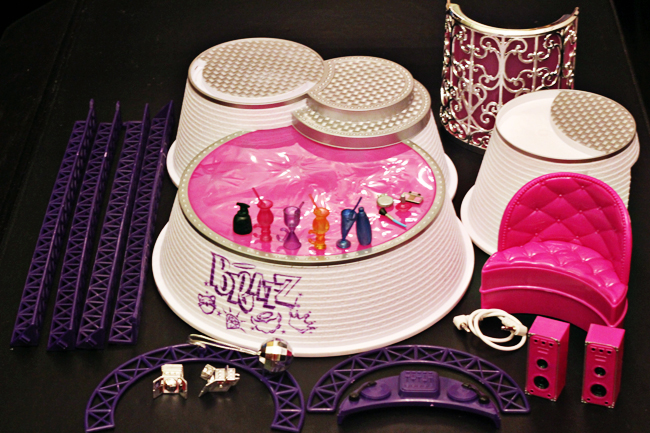 The entire contents of the box broken down.  The main stage (which is one large piece) has a speaker in it so you can hook your MP3 player or phone into it with the cord provided.  The overhead light is hitting the stage in this photo, making it look more watery/shimmery than it is. 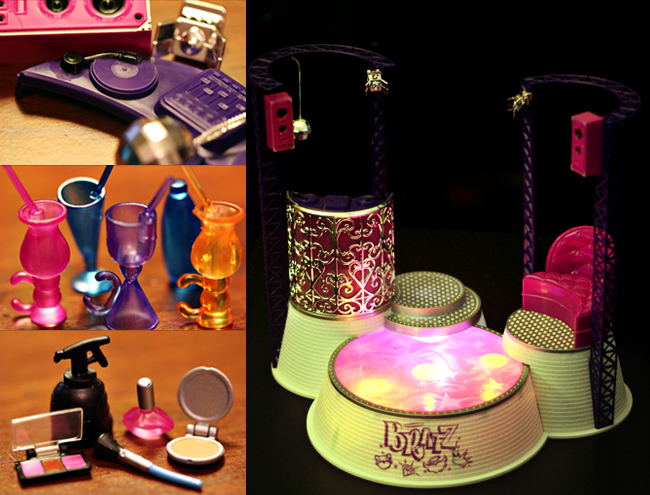 Closeups of the smaller items and a view of the stage turned on in a dark room.  It's pretty bright and takes 4 AA batteries.  I think the only light in the room was from my laptop monitor.  You can configure the set in many ways.  I'm going to show you four. 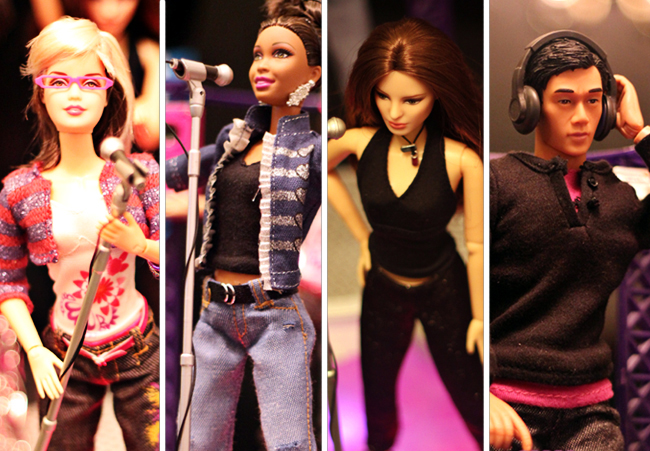 Your entertainers for the evening! 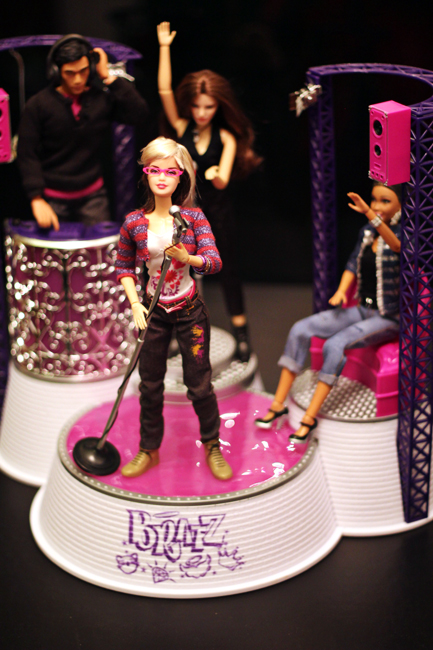 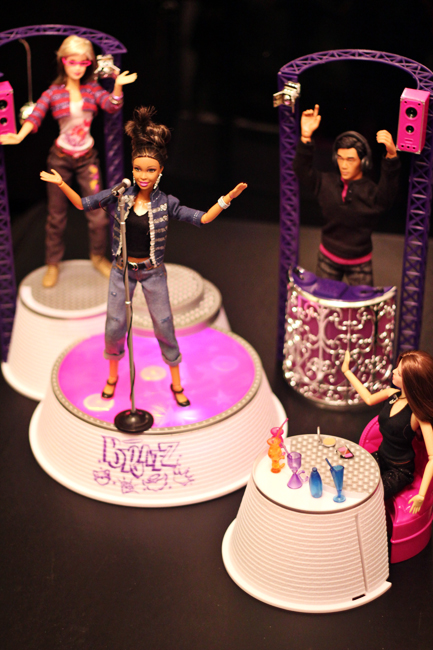 You can take the DJ booth off and put railings behind it, but the railings wont be connected to the booth.  I pulled aside the second stage and used it as a table to place in front of the lounge. 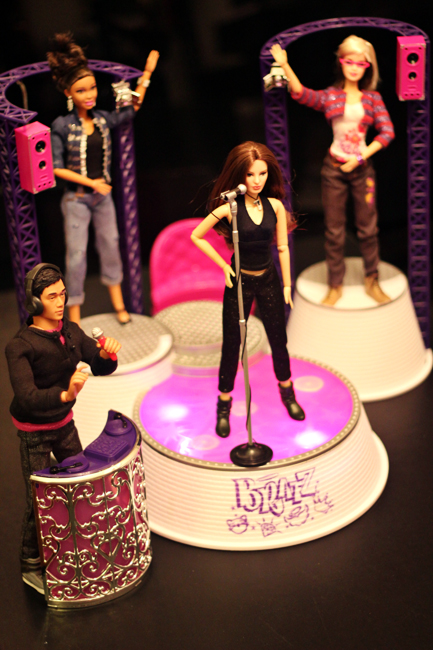 I put the DJ booth and lounge by themselves.  I've attached railings to the second stage and placed it near the main one. 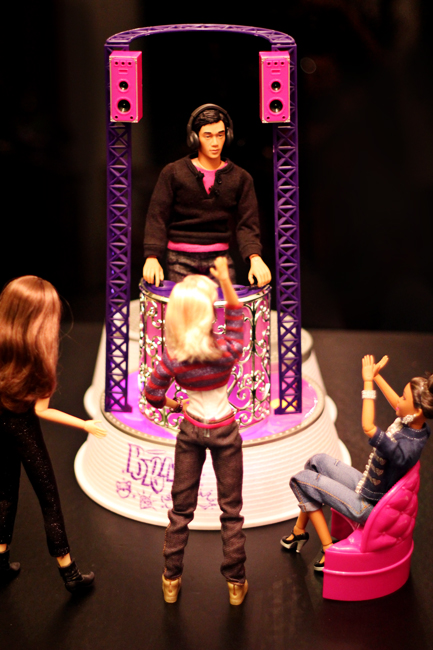 I think that's enough for now... don't want the ladies to start throwing their underwear at him.

The Extras
The Ladies are Liv bodies featuring heads of Deborah Harry, Basics and Fashionista
Your DJ is a Power Team SWAT with Peacekeeper hands
Microphones are Barbie and Moxie Teenz
Clothing by Barbie, Liv and Justin Bieber
Posted by Muff at 1:43 AM