I had such plans for this holiday weekend.  Shopping, projects ... eating foods that are bad for me.  I did have some fried catfish (delish), but that's the only thing I can tick off my list.  I didn't go to Walmart, Big Lots or Family Dollar like I intended.  When the time came I was just like, "Ugh."  I didn't do any projects either.  Again, I was all, "Pfffft."

I did do some house work though, which is when I became reacquainted with some very old friends.  They haven't been dusted in forever.  They sit high on top of my entertainment furniture and since they are more for looking at than playing with I rarely move them, thus the excessive dust. 0.o 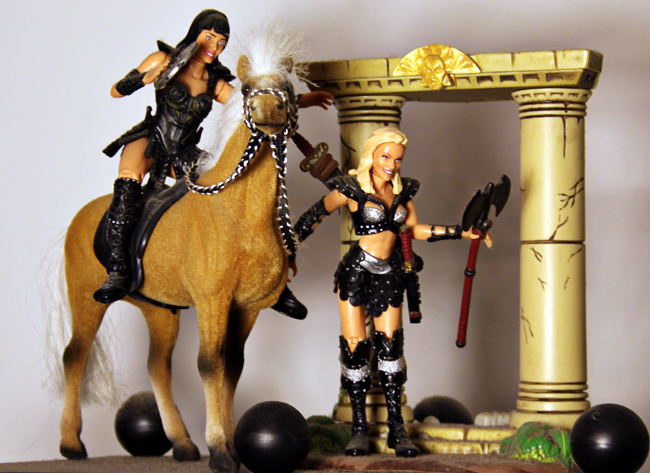 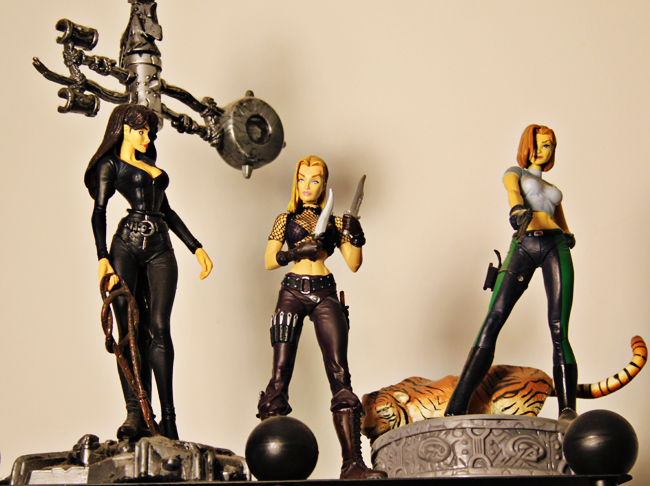 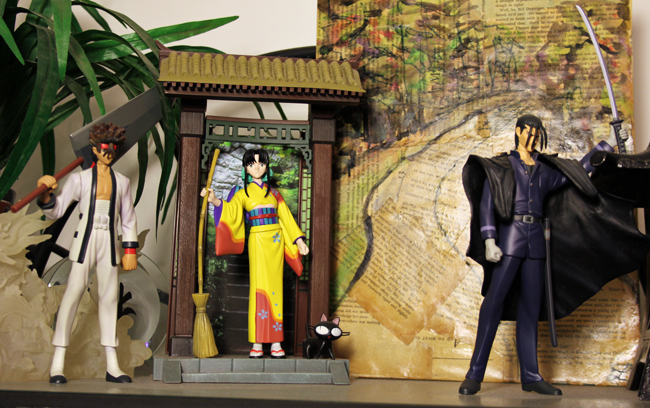 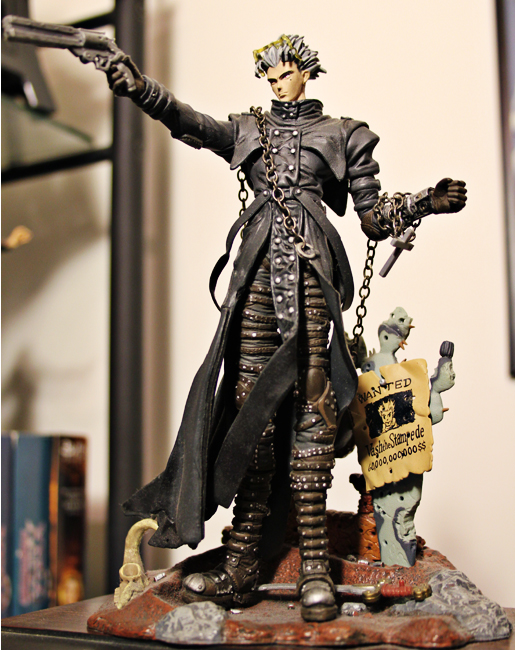 Vash the Stampede of Trigun 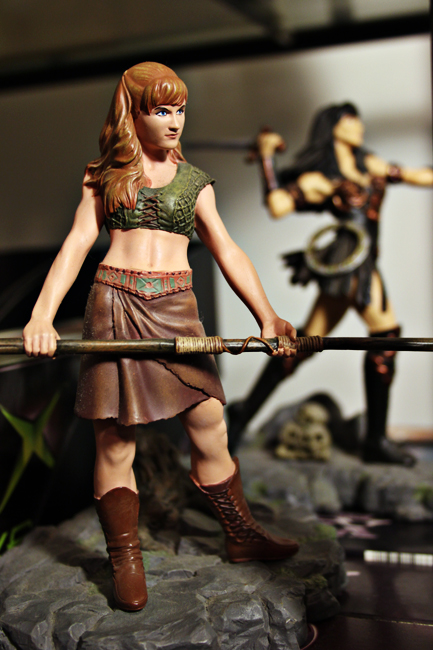 Gabrielle sculpture and Xena's in the background

As I was looking at these figures that I've had for over 15 years, I thought about how my family never gave me grief over them the way that they do with my fashion doll collection.  Maybe it's because even as a kid I liked "action" figures, but not dolls, so they cant fathom the change.  Or perhaps they think dolls are too girly for my butch persona.  Or maybe they're just a couple of butt monkeys. ^_^

You know, I never did designate this as a 1:6 doll blog but I guess that's what it is because I felt really weird about not having a 1:6 doll photo, so I'm throwing one in, lol. 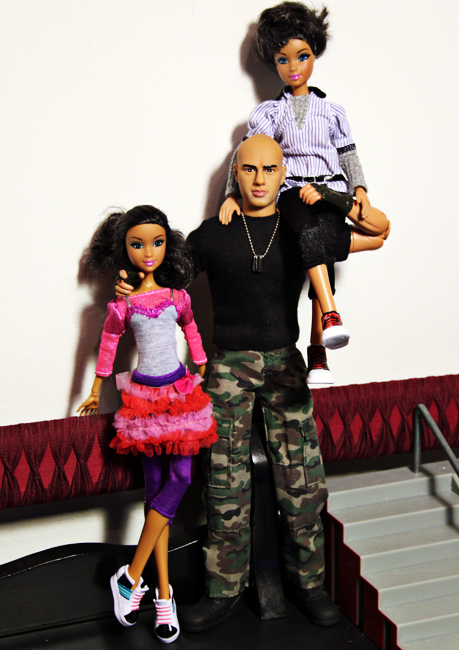 Anthony Rodriguez, his sister Carmen and their first cousin, Rae (standing).  I'm pretending that their mothers are twins and that's why Carmen and Rae look alike even though they have different body types.

Whew, that's better.  Hey, he's a man of "action," so he's a perfect addition to the post.  Actually, I think the "Man of Action" tag is for G.I. Joe's but whatever, Power Team guys are awesome too.