Freakin' finally, Target has that Ever After High Ashlynn and Hunter pack at a price I can live with. So far, this is the best price I've seen in stores and on line. I'm cool with basically paying $11 for an articulated doll. I do suspect that at some point these might go for $15.99 and if that does happen I'll get another set because I want a second Hunter for his body. 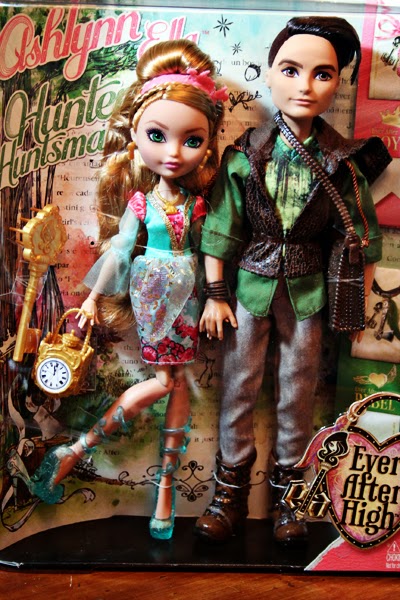 I'm not removing them from the box, but I can moderately say that on the surface, I'm rather pleased with Hunter's details and accessories. Ashlynn I can take or leave, but at least now Cerise has a like bodied compatriot. Speaking of Cerise: 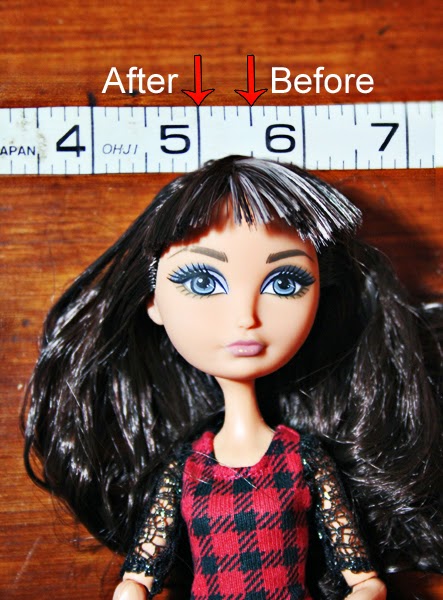 This poor kid has been through the wringer and because of such, she gets to keep her body instead my giving it to Snow White. At one point I left her in remover for 2 weeks, which was mondo excessive, but I kind of forgot to take her out. Oh well, she survived. 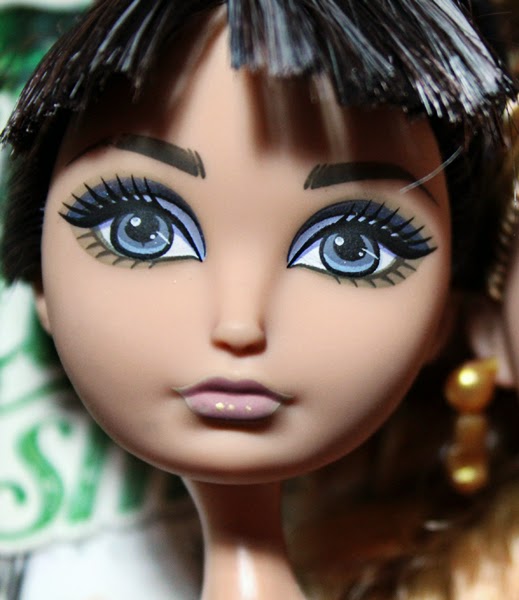 The underlying pigment on her lips faded but other than that, she shrunk like a trouper. She went through 3 dips and it took almost 4 weeks for her head to finally cure and harden completely. I just don't think it is possible for these heads to shrink any more than 1/2 inch. And frankly, even though that might seem like an impressive shrinkage, in the case of EAH heads, I gotta say that I don't think it's worth the effort or the expense of remover. Here's why: 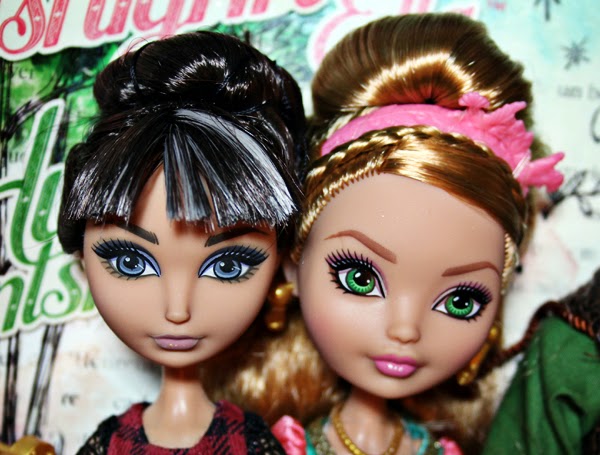 Because their heads are so very round and have no angles, shrinking them doesn't give you much of a visual change in their appearance. Even though Cerise is now 1/2 inch smaller than Ashlynn, when you compare the two, they still look basically the same size. You just see a big ol' round head. 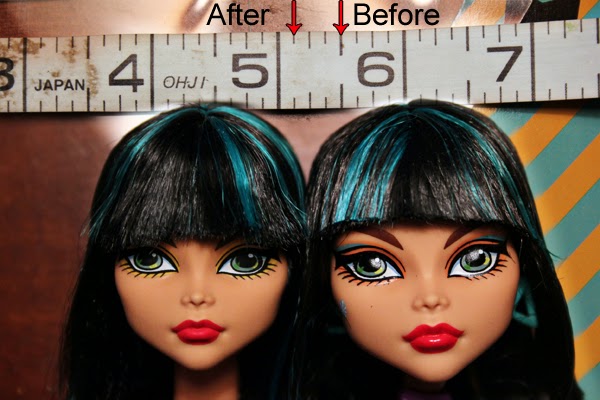 But when you compare Cleo, whose shrink size was even less, the difference is very noticeable. When I separate the girls to either side of Hunter, you can see better that Cerise's head is definitely smaller, but 3 months and 3 dips later... again, not worth the time and expense - at least not to me. 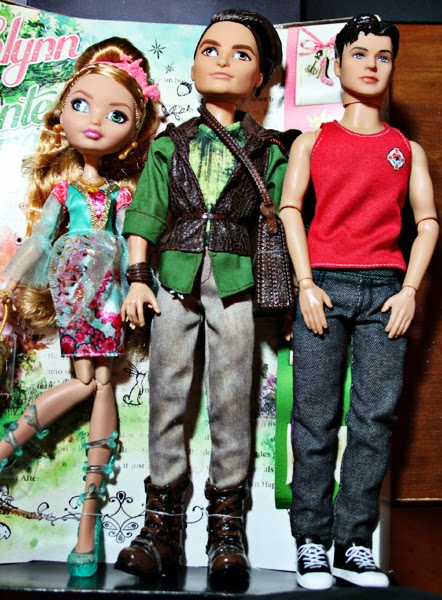 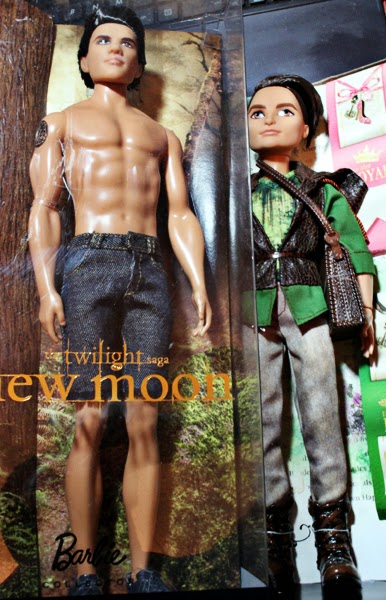 Next to Twilight's Jacob

The reason I want another Hunter is that I think his body might be a good match to Twilight's Jacob. Hunter is the same height as the Liv's Jake body, so Jacob would lose quite a bit of height, but that's better than being stuck in a box forever. 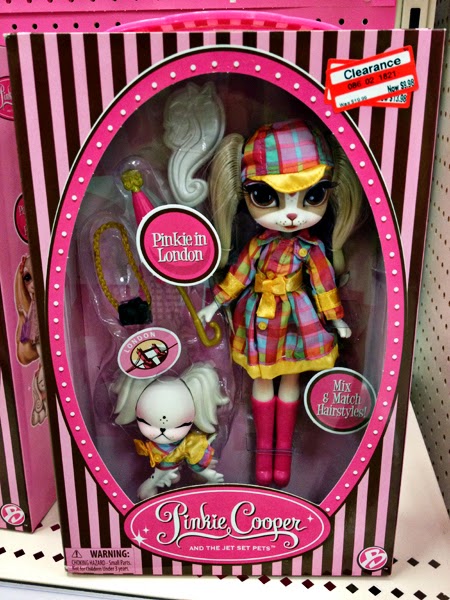 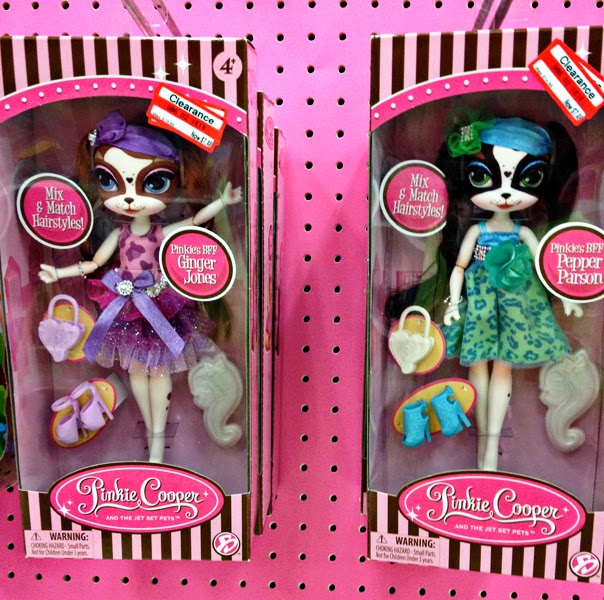 Also on clearance at Target are the Pinkie Cooper dolls if anyone is interested. Currently at 50% off, the doll with the pet is $9.98 and single dolls are $7.48. If they make it to 70% off, you know, I think I'll get one. Surely those outfits will fit a Monster High. I quite like the dress on the one with the pet and she comes with a cool camera.
Posted by Muff at 12:57 AM 38 comments: